Some history backgrounds: The Japanese resistance in Hailar was massive. Only after long and costly battle the Soviets under Revunenkov with his 86th Rifle Corps were able to overthrow the Japanese Army in Hailar. Before on August 9, the Japanese army under the instance of the GMD massacred all U.S.S.R. citizens living in Hailar, this was doubtless a Japanese war crime. On August 19 the Soviets allowed that some MPR (Mongolian People’s Republic) military units enter the capital city Hailar followed by a MPR consolation delegation soon after. Few days and some massive meetings later on August 23 a provisional government under the MPR was established. It takes not long and the CCP got worried to lose the influences in Hailar and established on September 18, 1945 in Hailar a Civil Administration, which last not long and was later combined into a local temporary self-government. All tries of the local Hulunbeier Autonomous Province Government in Hailar to get help from GMD for their own nationalist ambitions failed and the CCP remain in power and control of Hailar.

[huge_it_maps id=”9″]
This map only gives rough impression about area and location.

Unused stamps of this issue are rare. 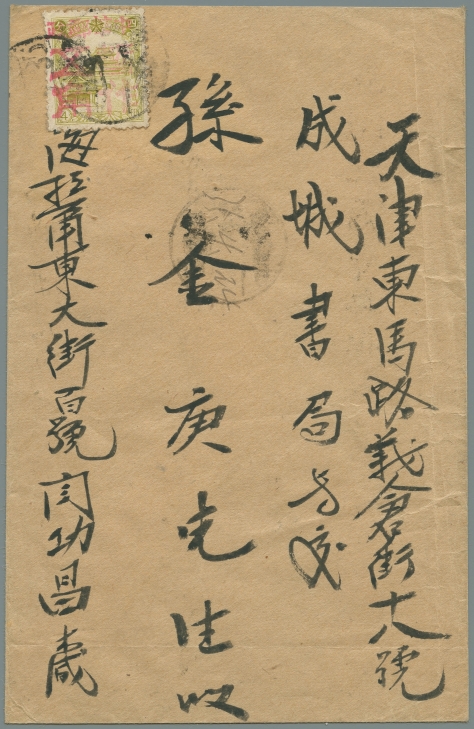 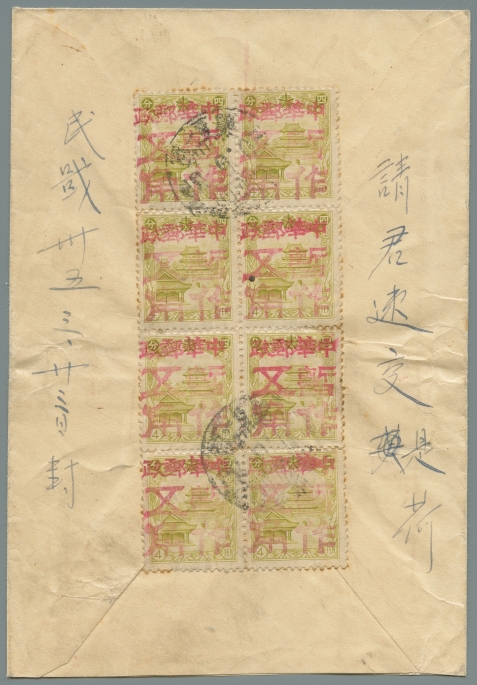 Not shown:
– Kerr 49.1-9: No postally used covers known. Sometimes you can found a pair of these stamps (could be also combined with other stamps from Hailar, but always in the sum only two stamps) on a kind of “Official envelope for use within the frame of Postal Administration” (it’s an unaddressed cover, dimensions are 186 x 77 mm) with a cancel of Yakeshi (牙克石) and the cancellation date of May 7, 1946. A question may why Yakeshi and not Hailar? Why only two stamps? In a frame of a Postal Administration to announce new stamps were usually all stamps of the set presented. Last but not least, Yakeshi (Kerr 257) issued their own stamps. As long no further information comes around and bring some evidence that these stamps were postally used I will not list them here and state them as unissued up to bogus. If once it turns out these stamps exists on cover they will be the 3rd issue of Hailar because of the high overprinted denominations up to 10 元. 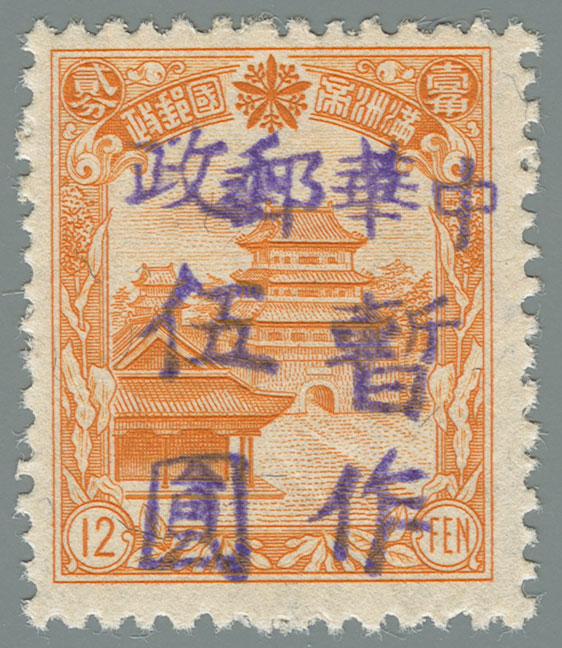