Kerr list as addition to the 2 分 and 4 分 another stamp with a denomination of 5 分 (Kerr 87.3), but I never saw it up to today and Dr. Luzitano also didn’t list this stamp in his book, so it may not exist at all. The very early reported cancellations from August 1945 may bogus, the first confirmed use was in October 1945. 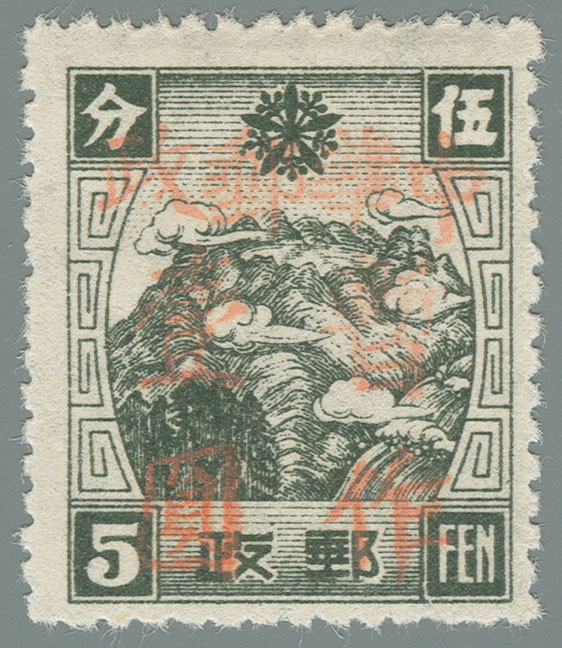