[huge_it_maps id=”45″]
This map only gives rough impression about area and location.

All stamps of this issue shown here (base on N. C. Yang’s catalog). Base on Meiso Mizuhara’s catalog listing plenty (in a number: 12 [maybe more]) additional so called “unissued” stamps of this set exists, some are included in Kerr’s listing, some not and opposite, but if really all of them exists I can’t confirm yet. This set is listed in all general Liberated Area catalogs, like N. C. Yang (NE201-218) or Meiso Mizuhara (DB199-216). 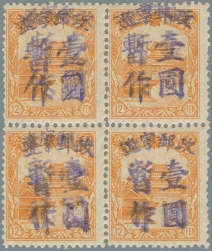 Sample of chop of four (type A): 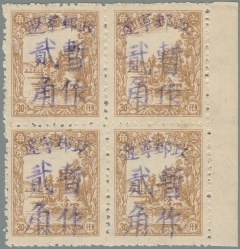 Combined chop of four were used

Sample of chop of four (type B): 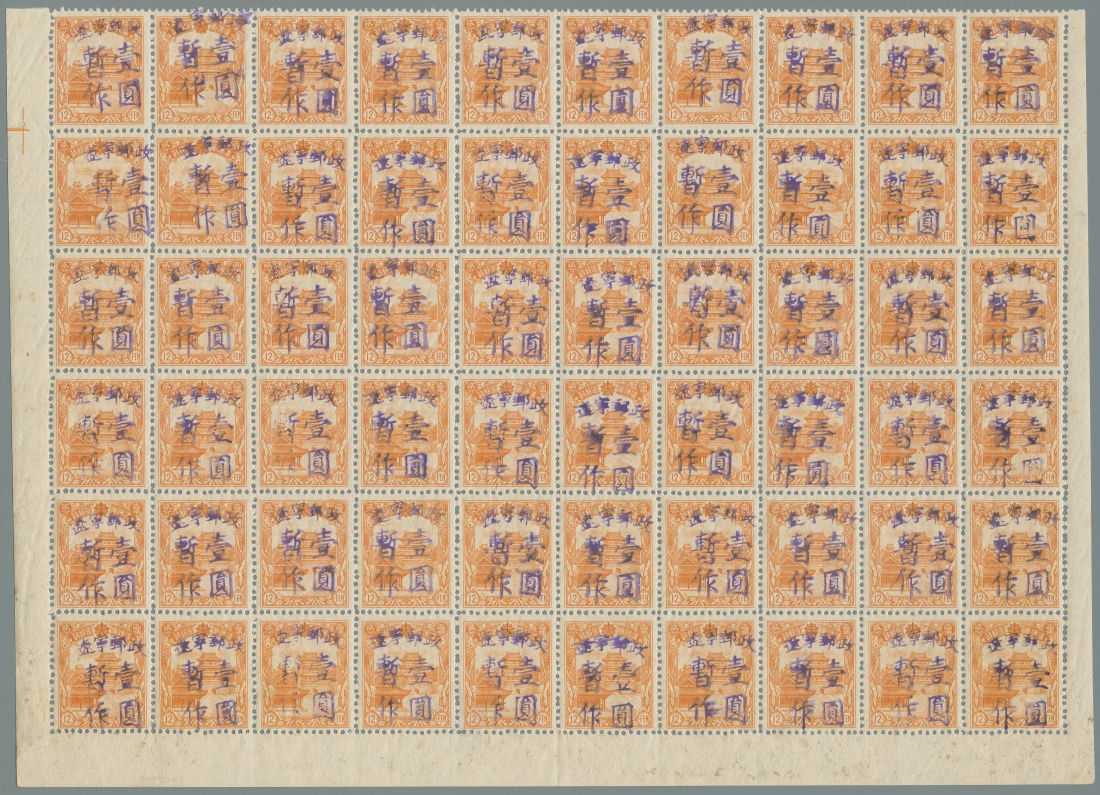 Block of 60. Good example to show the use of the combined chop of four for the overprint.

Remarks:
– All shown sets exists (at least some stamps of each set) genuine used on domestic covers.
– Beware of forgeries 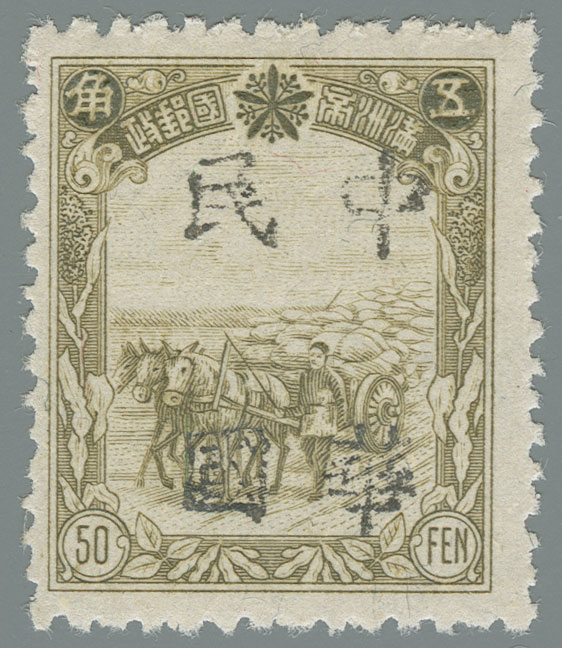