[huge_it_maps id=”68″]
This map only gives rough impression about area and location.

1.) With slanting up to diagonal overprint:

Remarks:
– All shown sets exists (at least some stamps of each set) genuine used on domestic covers.
– Denominations below 20 分 wouldn’t have a practically use in April 1946 so the background why they were still issued and under which circumstances the unlisted stamps were used need to be investigated. 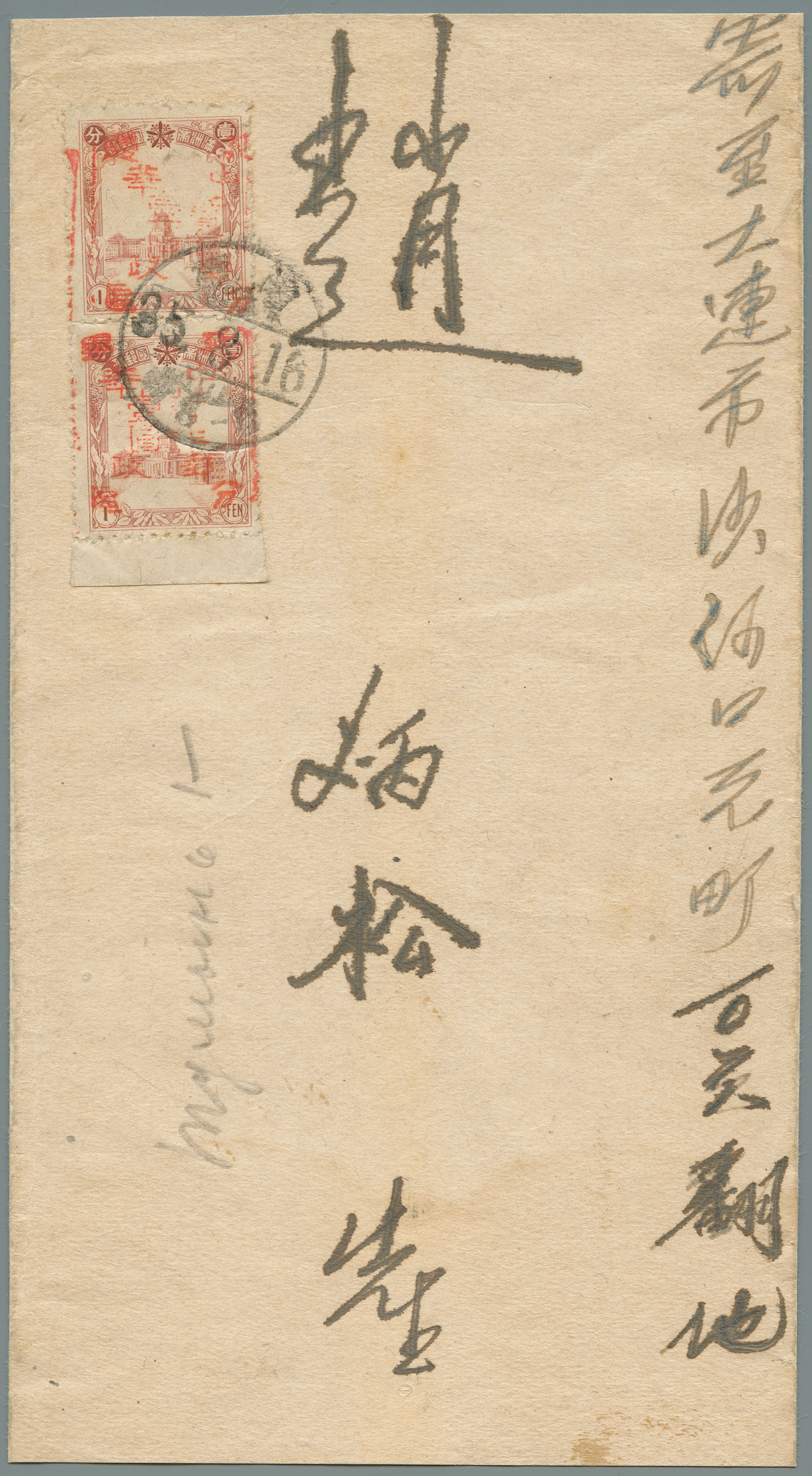