[huge_it_maps id=”36″]
This map only gives rough impression about area and location.

Cover (rate of 5 角 for domestic letter).
Cancel: 19 April 1946, Boli (勃利)
Stamps with missing “中華郵政” overprint I state at the moment as forged. To be a shifted / misplaced overprint a character need to be placed outside of the stamp area.

Because for this stamp issue different overprint chops were used I need to explain in detail what exactly are the differences. Kerr listed in his catalog three different types of the overprint (Type A-C and explained Type B wrongly), but in fact four overprint types existing. I said on purpose ‘existing’, because I think two types were not official released and were made up later just for collectors. In the following scan I add all four types together:

Yellow arrows point to the main characteristics.
From left to right:
Type I (Kerr Type B) / Type II (Kerr Type A)
Type III / Type IV (Kerr Type C)
A commercial use can only confirm for Type I and IV. For Type II + III were up to today never any used copy found, on top Type III can be found with varieties like inverted overprint. As long a commercial use of Type II + III can’t be confirmed I will not list them. 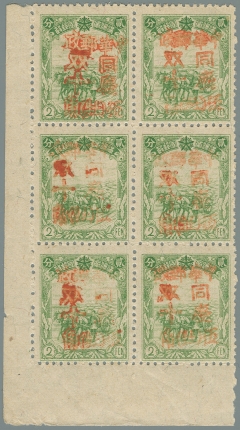 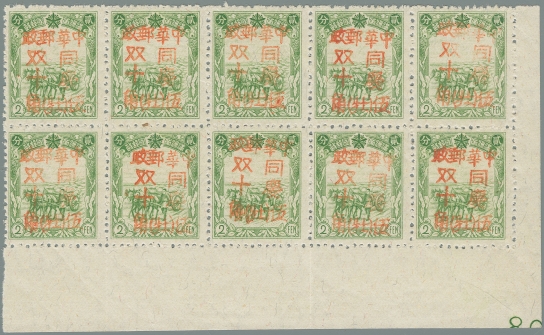 Cover (rate of 5 元 for registered letter). Cancel:
August 1946, Mudanjiang (牡丹江), Post Office (局郵)
This stamp (Kerr 147.5) is listed in most Liberated Area catalogs (for example Mizuhara JPS, No. DB333). Why only this stamp from Mudanjiang and not the others are listed in these catalogs is one of many mysteries nobody can explain to me. Especially as the Suining Postal Administration (綏寧郵政管理局) was founded on 10 April 1946 and the 2nd issue of Mudanjiang (牡丹江) was issued in May 1946 (by theory) under the jurisdiction of the Suining Postal Administration (綏寧郵政管理局).


Remarks:
– All shown sets exists (at least some stamps of each set) genuine used on domestic covers. 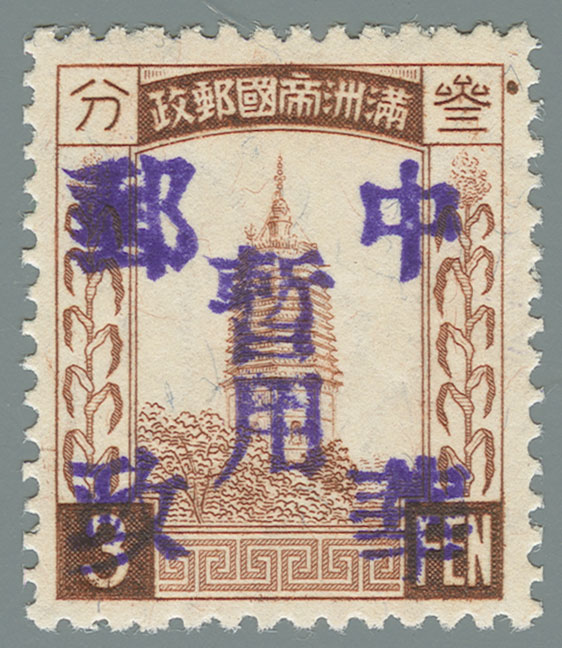