[huge_it_maps id=”76″]
This map only gives rough impression about area and location.

Some comments:
– Kerr and Chan are both wrong about the town location (looks like they copied from each other). All existing commercial covers show clearly the use in Longzhen (龍鎮) under the jurisdiction of Bei’an (北安).
– The overprint of Longzhen (龍鎮) shows a very unusual Chinese character, a combination of “垂” + “攵” which does not exits as single character. The meaning of the combination stands for “郵” [post] and I will use this character in the following table.

Cover (rate of 1 元 for domestic letter). Cancel: 11 June 1946,
Longzhen (龍鎮), Bei'an (北安) . Booklet stamp. [Image source: CG]
The unused stamps of this issue shows are all a slightly differently overprint in faint details and comes always in a rough impression. This might be in a result of the better copy of the overprint chop of a misuse of chop after the stamp validation. Like in Bei’an (北安) the following denominations were used in Longzhen (龍鎮): 1 元 / 2 分 ⦿ (sheet and booklet stamps) and 5 元 / 12 分 ⦿ (this stamp use the correct Chinese character “郵” in overprint). A commercial use of the 5 元 / 30 分 listed in catalog is unknown. Overall the unused stamps also have a different overprinted ink, which goes more in a grey instead of black color. In conclusion we can’t put the unused stamps as a regular issue and I state them as bogus made from (probably) Russian stamp dealers for collectors. 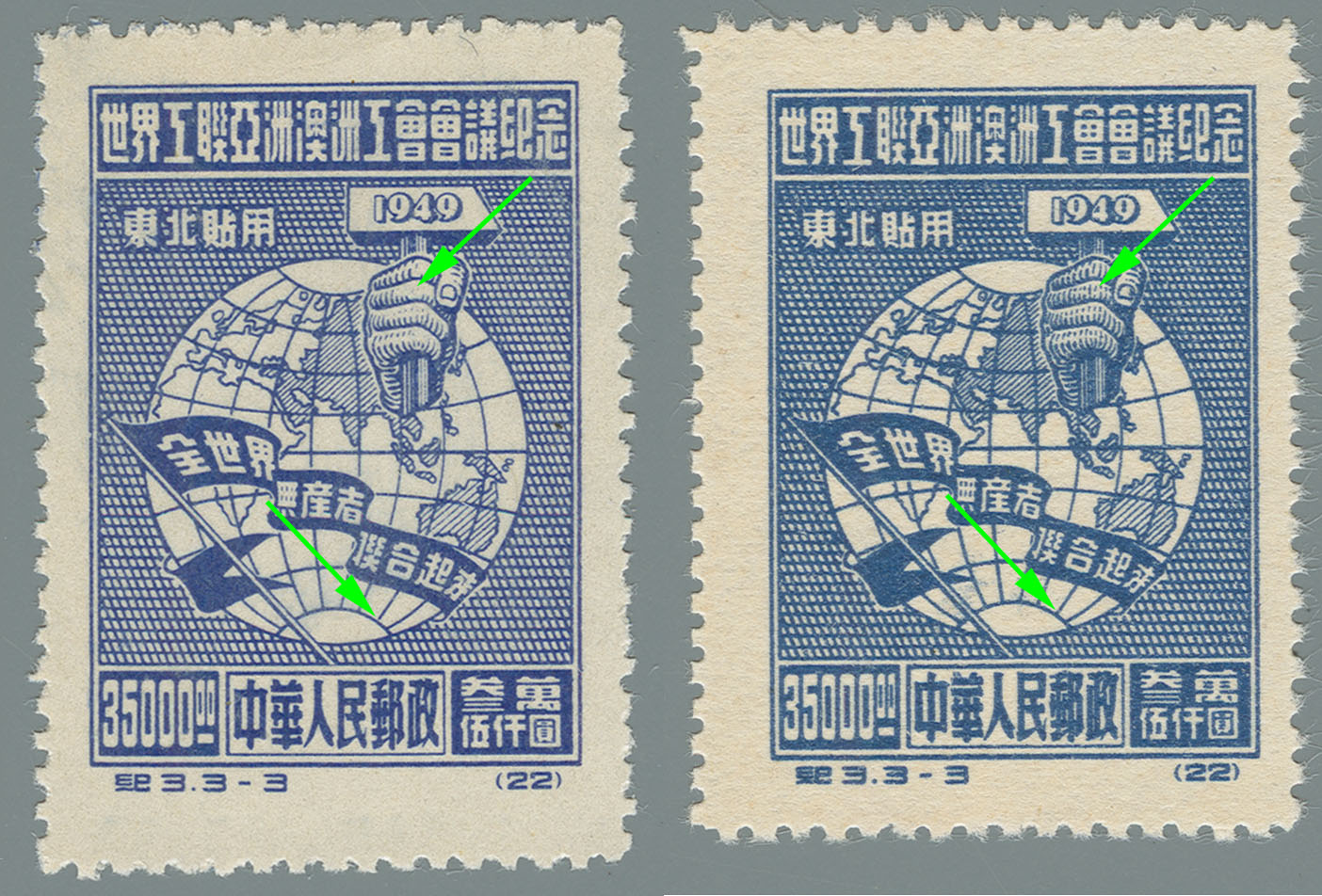