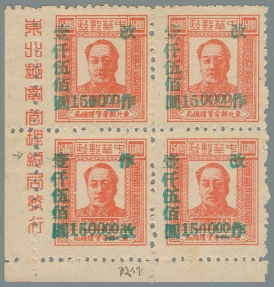 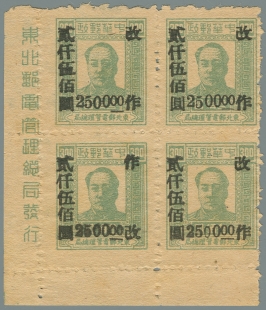 Printed on both sides:

Small numerals varieties (just some examples, more can be found): 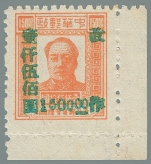 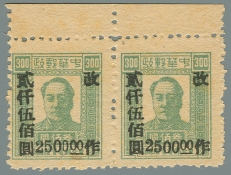 Remarks (in general / for this issue):
– All surcharged stamp issues from Northeast are rare on commercial covers.
– Shifted perforation and large stamps with “wings” can be found commonly.
– Because of the existence of large stamps (inaccurate line perforation) and imperforated margins single “imperforated” stamps can’t be count as imperforated stamps.
– The “dark bluish green” and “blackish green” overprint for the 1500 元 / 150 元 denomination is visibly very close so I made the decision to combine both into one overprint type with a dark bluish / blackish green color shading.
– Many stamps can be found with small numbers, I don’t list them separately in the price list. I have the theory that the small numbers are replacements for the origin numbers because the 5th Surcharges Overprinted with “Change to” issue was later overprinted with same types and here we can be found many more small numerals. Seems more and more they got lost / broken during the continued overprinting process. 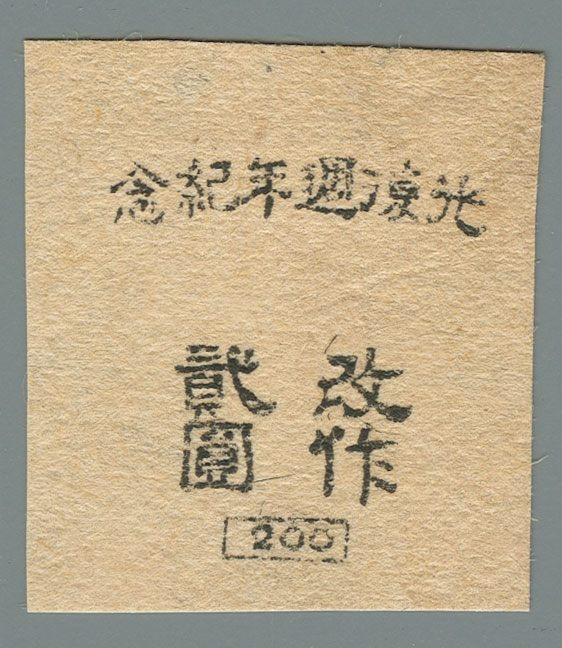